The early years of the 21st century have seen energy policy return to the national and international political agenda as concerns have grown over climate change, resource depletion and renewed volatility in the price of hydrocarbon fuels following the relative calm of the previous decade. Many countries have begun to see new nuclear build as an important component of their future energy supply, providing a diverse source of power that is carbon-free at the point of generation. 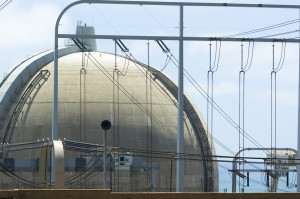 In the UK, successive governments have pledged themselves to building a low-carbon economy. The obligation is enshrined in UK law through the Climate Change Act (2008), which stipulates that the UK should reduce its emissions of greenhouse gases by 80% from 1990 levels by 2050.  In furtherance of this objective, the 2011 White Paper on electricity market reform sets out “the Government’s commitment to transform the UK’s electricity system to ensure that our future electricity supply is secure, low-carbon and affordable.”   Established under the 2008 Act, the Committee on Climate Change has identified nuclear power as one of the two best-developed technologies needed to decarbonise electricity generation, listing nuclear as one of the “technologies that are likely to play a major role in the future UK mix.”

Meanwhile India is developing its industrial and social base rapidly, and needs its power generation to expand in step.  India envisages quadrupling its nuclear power generation capacity to 20 GW by 2020, with a target of 9% of Indian electricity to be generated by nuclear by 2035.

Research supported by EPSRC and ESRC has confirmed that nuclear power is likely to be attractive economically in the UK.  Moreover, nuclear power is calculated to be amongst the safest forms of electricity generation, taking into account the complete world-wide fuel chain .  This result holds even after the possibility of large nuclear accidents is included in the analysis.  Nevertheless, it is evident from the accidents at Chernobyl (1986) and Fukushima (2011) that severe nuclear accidents can occur, even if their frequency of occurrence is low, implying that it is prudent to plan strategies for coping with such situations. 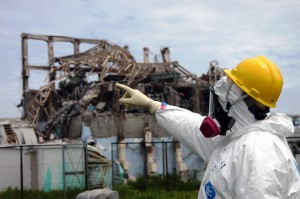 Issues that need to be considered in post-accident mitigation include the justifiable levels of dose for first-response workers, the size and duration of the exclusion zone for the general public and desirable levels of land remediation.  The choice of location for new nuclear power plant is a related subject.   A number of trade-offs are involved, including worker safety versus public safety, economic loss versus immediate public safety and immediate safety versus long-term health.  A particular feature of any mitigation strategy adopted is that it will be subject to strict scrutiny and needs to be capable of rigorous justification, not only to experts in the field but also to politicians and the general public, who may have a particular fear of nuclear radiation.  This puts a premium on using scientific methods of appraisal, which should be as objective as possible to allow decisions to be made in a way that is demonstrably rational.

The calculation of health effects after a large nuclear accident is complicated by the fact that radiation can have both short-term and long-term effects on health.  Recognising this, the team at City University has recently extended and generalised Lord Marshall’s methods for calculating loss of life expectancy following radiation exposure.  Based on the latest findings of the International Committee on Radiation Protection (ICRP) the calculated change in life expectancy allows the necessary health comparisons to be made in an unbiased way.

The change in life expectancy may be fed into the fully objective J-value method.  Based on established economic theory, the J-value balances safety spend against the extension of life expectancy achieved to give the maximum reasonable expenditure against any specified threat.

Recently, the J-value approach has been extended so that it can take account of not only health and safety risks but environmental consequences also.  Thus, for example, the JT-value can assess how much resource might be committed cost-effectively to reducing the risk of accidents in the nuclear industry and others, both in terms of impact on human health and the environmental losses that might be associated with such events.

The enormous growth in financial mathematics since the ground-breaking work of Black and Scholes provides a fruitful source of techniques for dealing with future uncertainty in a transparent and objective manner.  Thus two further objective, analytical techniques will be used in addition to the J-value and JT-value, to aid the decision process for the deployment of post-accident mitigation measures. 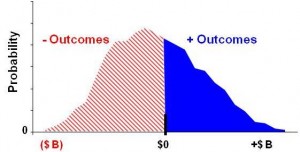 The real options method transfers the Black-Scholes results to the case of real, physical assets, the value of which is subject to random walk uncertainty.  The use of real options in the energy context may be extended to more general situations where parameters may evolve continuously and unpredictably, including by discontinuous jumps.  Meanwhile, portfolio theory, devised originally to find the optimal holding of diverse financial securities, may be extended to optimise and prioritise a set of strategies with different payoffs, all subject to uncertainty.

Based on economic, financial and actuarial mathematics, the techniques of J-value, JT-value, real options and portfolio theory are capable of providing the decision maker with objective advice on mitigation strategies following a severe nuclear accident.  This advice will be transparent, since its basis can be investigated by independent experts with sufficient mathematical background.  While the advantages of such an impartial approach are clear, the application is new and the adoption of such methods as aids to decision making would represent a break from the past, where subjective decisions have been the norm, made by politicians who have attempted to balance often uncertain technical information against socio-political concerns.

This “balance sheet” approach may be put on a more formal basis using multi-criteria decision analysis (MCDA) techniques to bring out the structure of the decision and its sensitivities.  The techniques may be combined with scenario planning methodologies to examine whether changes in societal values might arise after severe accidents, causing options to be evaluated differently from normal practice.  Scenario-based MCDA allows the exploration of different “balance sheet” weightings after different accidents.  The techniques may be used to explore the exposures and risks that might be asked of workers with the aim of limiting the off-site impacts and how exclusion zones might be designed depending on the scale of the accident and the local environment (socio-economic, geography).  MCDA methods will be used to analyse the differences in strategies recommended by the objective techniques (J-value, real options and portfolio) explored in the project and those that might be adopted by senior power station staff and politicians using their own version of a balance sheet approach.